An expat journalist in Prague

Clean-shaven, ruminative and intelligent-looking, polite and neatly dressed. Such was the demeanor of the twenty-something homeless man I met at a Prague shelter under a motorway bridge for my first big story.

Something about him was so striking that I was glad his face made the cover of the paper that week, as it really highlighted the fact that not all homeless people are drug addicts, or even particularly uneducated.

This man, strangely, was also the only person at the table to speak even partly in favor of the idea of creating a new dedicated facility for the homeless on the outskirts of the city that had been widely condemned as a “homeless concentration camp.”

In the end, the plans were too much even for the then right wing-controlled Prague City Hall, and the project was dropped. It was also a classic example of a proposal falling foul of the court of public opinion, as aided and abetted by the media.

For an expat journalist, of course, the task of taking on a story like this is a tricky one. I did all the research, wrote the questions and eventually wrote the story, but my tireless Czech colleague did all the talking both inside and outside the shelter.

I have never worked as a journalist in another foreign country to which I could compare the Czech Republic, but it certainly seems like few people are bothered about speaking English here, even in senior circles. Nothing illegal about that of course, but it certainly makes the work of international journalism quite a bit tougher.

The romantic notion of heading out into the street, press card in hat, to interview a visiting top name at a city hotel for hours at a time is far from contemporary reality, moreover. I had one or two invites for such an encounter, but the fact is no reporter has the time for this kind of thing anymore, least of all when half of your job is editing the website (which of course remains live even on sleepy midweek afternoons :-) )

Perks of one sort or another do float around from time to time, but the chance simply to live and work overseas in your chosen field probably remains the top draw for me as I approach one year in the Czech capital.

While I picked up a number of informal regular beats as a reporter, including the doctor’s strike and the health service, the census, transport, foreign affairs, technology, tourism, labor affairs and others, the topic in question on a particular day can be almost anything.

It’s hard to generalize about 120 stories and 80-odd blog posts that I’ve written to date, but I’ve noticed a lot of times that some of the stories that stick out the most in many cases took the littlest work, and some of the most tortuously arduous ones were the most instantly forgotten.

Aside from writing the daily and weekly news briefs, a task which I will never tire of, my favorite gig is probably writing the lighter stories, which rightly play an important role in the agenda of any good news outlet. Some that stick out include the Czech man who got the name of a website tattooed permanently on his forehead in return for a seemingly paltry sum, the monkeys that went on the run and persistently evaded recapture, the Denver skiers whose record attempt ran aground on the slopes of Moravia and the auction of the country’s oldest wine bottle.

If any budding writers out there are looking for advice on becoming an expat journalist, my only advice would be to write copiously, keep an open mind and don’t limit yourself to any single genre or publication. And of course, have fun!

Bill Lehane is Web Editor/News Reporter at The Prague Post. The views presented here are the author’s own, and do not necessarily reflect the views of his employer.

So myself and Megan took a quick trip to Vyšehrad Castle last weekend. Relatively crowded already on what was the first sunny weekend of 2011, it promises to be jam packed for the whole summer with its expansive views of the city and Prague Castle. My main impression of the place, apart from enjoying the woodland and park areas, was to decide that it would be a good place for beers in the sun come summer (there is a beer garden selling fresh Pilsner and sausages). Until next time, dear readers, enjoy the pictures and remember that even the long Prague winter has its sunny side up. 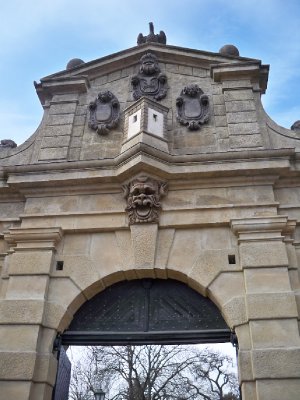 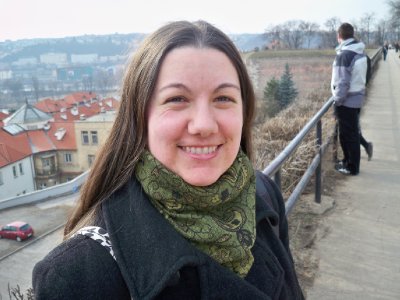 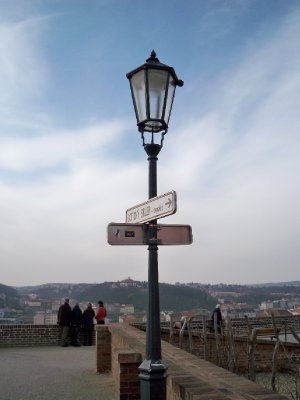 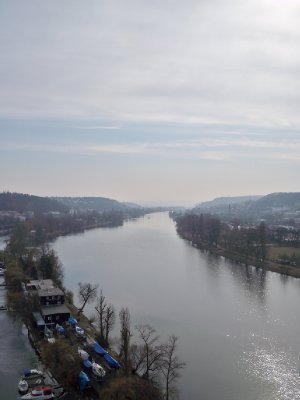 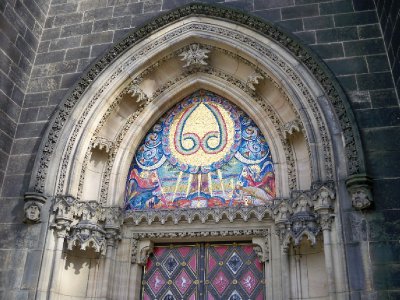 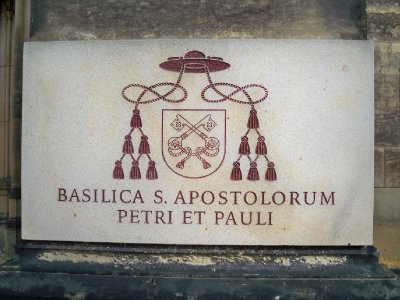 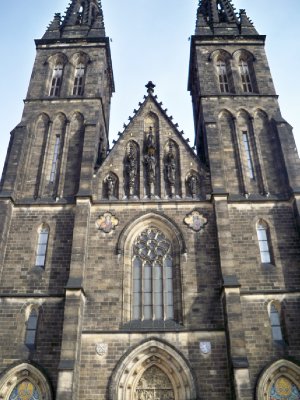 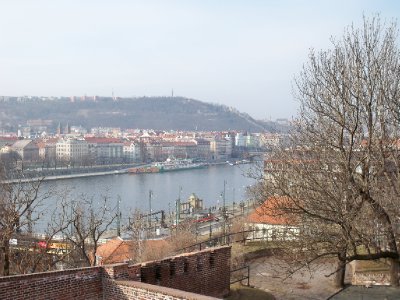 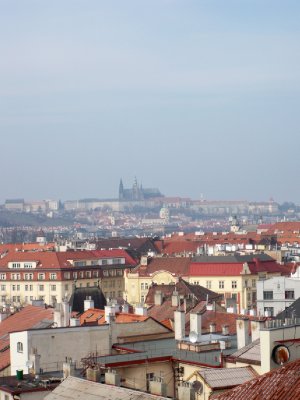 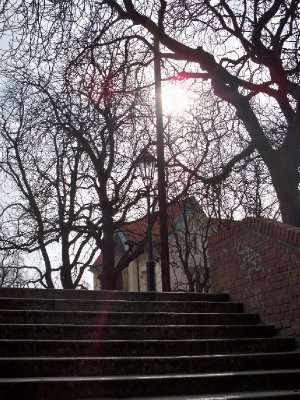 A Postcard from Milan

Two days of food and fun in the fashion capital

A short trip with long-standing truths, you could say. Italian ice cream and tomatoes are the best in the world. Seeing a new place in the company of someone who knows the city, and beer in the sunshine are two things that are always good. Milan has a lot of clocks, and apertivo rocks.

Until next time, dear readers, enjoy these few pics and try out Milan whenever you get the chance. :-) 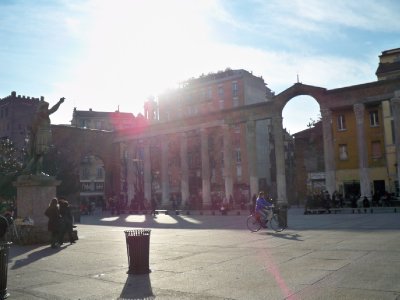 Great spot for aforementioned beers in the sun. 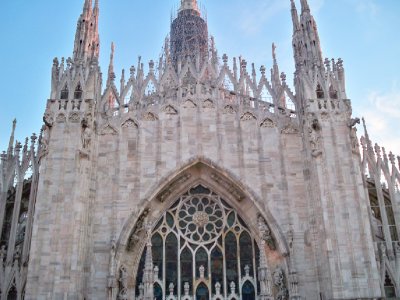 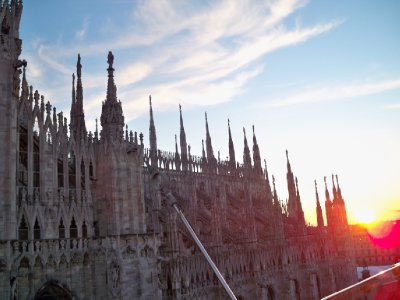 Sun sets on the Duomo, as seen from a nearby rooftop cafe 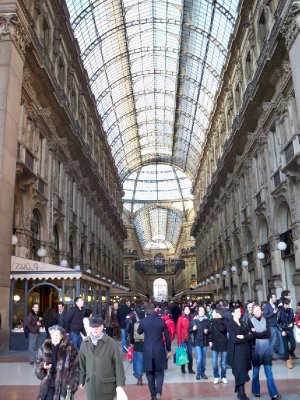 One of the fashion capital's top shopping arcades, with all the famous labels inside (plus McDs, that is) 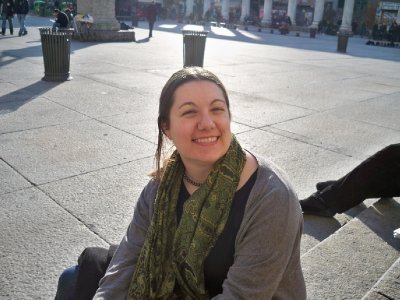 Megan enjoying the sunny sit out 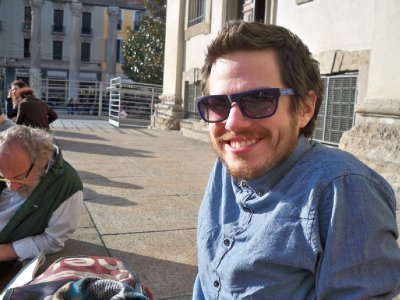 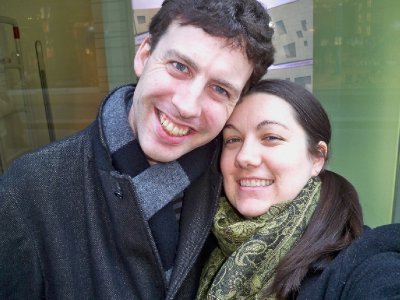