How Is Your Name Pronounced Abroad?

The many ways to say Lehane

As everyone quickly discovers when they go abroad for the first time, the pronunciation of names is a minefield completely separate from language skills. Even if your hotel receptionist speaks perfect English, chances are he or she will get your name completely wrong. Depending on how many times this has happened to you before, the usual reactions include smiling, grimacing or groaning.

What's interesting about this phenomenon is that it varies depending on the culture that you find yourself in. This quick rundown shows the different ways people have said my name, at least in places I've been around in long enough to commit the pronunciations to memory. 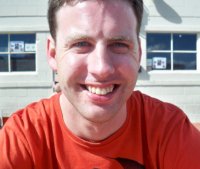 Pronunciation: Le-hane, as in window pane.

Embracing this very literal interpretation of the spelling of my last name has made things much quicker when interfacing with strangers, especially over the phone. Although I have had much more trouble with my bilingual birth certificate than with my name: a clerk at the motor vehicle division asked more than once if it was translated - the English letters are twice as large as the Irish ones, incidentally. People that know me well do know the right pronunciation! 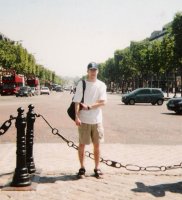 Pronunciation: Luh-Ann, with my first name as 'Beel' for good measure.

Probably the only nation in the world that insists on mispronouncing my first name as well, the French do things their own way in all ways at all times, both good and bad! The 'le' opening (the masculine form of 'the' in French) definitely doesn't help in this regard. As an aside, my Dad once signed a whole series of salary checks in Belgium made out to a 'Brian Le Hane'. Better than not getting paid!

Pronunciation: Lee-Hann, with lots of emphasis on the 'e's and 'n's

The spiritual home of all Lehanes, Cork has more of this clan in its phone book than any other place in the world. I suppose this pronunciation is the most official one, but that doesn't mean you'll ever catch me using it! Incidentally, the anglicized name Lehane derives from the Irish Gaelic surname Ó Liatháin, pronounced somewhat differently as oh-lee-aah-hawn. 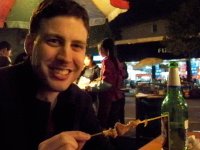 In the course of six full months in China, no Chinese person ever even attempted to say my last name, not once. I unsuccessfully experimented with the Chinese equivalent of my first name, pronounced 'bee-arr'. There was no need for this though because they seemed to have Bill more or less down, except they said it twice as slowly as normal, and with added intensity! 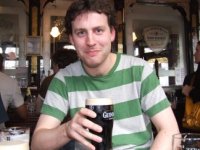 Pronunciation: Le-hann, a bit like the French one but more 'le' than 'luh'

Evidently, this is what I consider to be the actual pronunciation of my name. Where the disparity between it and its southern Irish counterpart came from I have no idea, but it's too late to change now haha! The few non-related Lehanes I have come across in Dublin also use the above pronunciation, so it does have some legitimacy to it.

Ultimately, dear readers, I suppose you could say that an unusual last name can cause as many problems in your home country as it does abroad, where at least the locals sometimes have a language barrier as an excuse. Feel free to add your own comments or funny experiences with your last name below.

Until next time, consider that the worst ever pronunciation of my name was right in Dublin. A local security company employee was perhaps the victim of a very bad telephone line when he repeated my name back to me as 'Phil Mahon' :-)

Photoblog: Albuquerque On The Go

As everyone knows, some of the best moments to take a photo come in the middle of the work day when you aren't planning to take any photos and don't have your camera with you. Though much maligned, cell phone cameras can be a great facility at these times. Even if the pixel rates are nowhere near as good, you can still take some passable photos, or at least something that doesn't look like a blurry representation of reality made of Lego bricks, like all camera phones did at first. Until next time, dear readers, enjoy this brief set of shots taken with my Sony Ericcsson W810i, the finest midrange phone a small amount of money could buy in 2007... 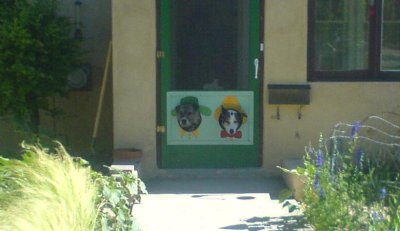 A busy morning in the Silver Avenue Historical District. 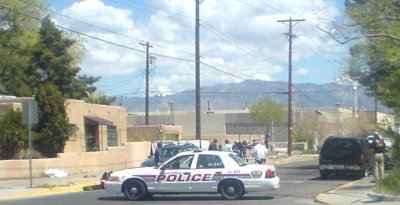 A street in the Nob Hill area, Albuquerque's student-y dining and nightlife area, is closed off for filming of a scene from the USA network's TV crime drama, In Plain Sight. Unlike a lot of things filmed in New Mexico, this show is actually set in Albuquerque as well. 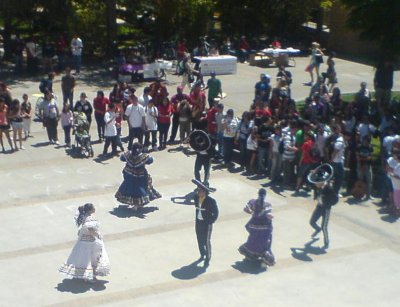 Flamenco dancing in the middle of UNM Campus for Cinco de Mayo, a festival popular with Mexican-Americans. 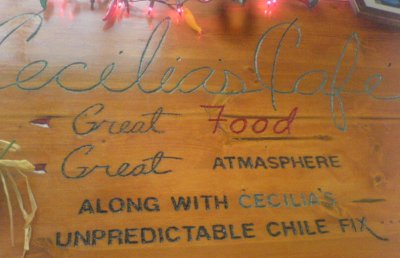 To be fair, Albuquerque is a great city for spelling, especially given its semi-bilingual status. This one though, is worse than a bad toothache. 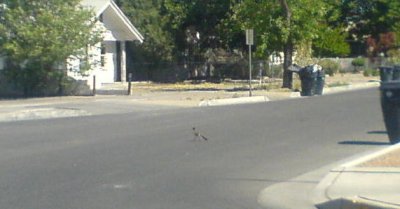 Last but not least, a roadrunner who really lives up to his name. Seeing one is believed to be good luck, and this was my fourth!

Given that I've been doing a lot of travel writing lately, I've had the pleasure and displeasure of seeing a lot of the travel websites that are out there. And there are a lot. So many so in fact, a site can succeed or fail based purely on its name, although the guys below evidently weren't aware of this. Look and laugh, dear readers! (No malice intended toward the authors/site owners mentioned, who are not linked in this post....)

Generation Y may be all the rage, but even these youngsters have their limits when it comes to butchering their native language. At best, this name deserves to have been raised in a brainstorming session before being quickly tossed in the ideas bin. And yet, here it is:

Again, this comes off like a trashy idea that just doesn't quite work. The full frontal nude statue fails to add class to this very tacky outfit :-)

This site is intended to provide bar and club listings for cities all over the US. Generally when most people go traveling, their aim is to avoid anything that could be characterized as a sloshspot. Someone should tell these guys! 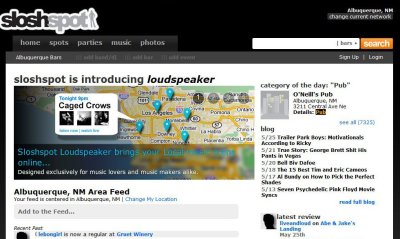 Apparently detailing the adventures of an American in China, this blog admirably avoids words like 'laowai', 'mandarin', 'middle kingdom' and so on that many people overuse for their China travel blogs. However, his name appears to make no sense. The legend of Godzilla, for starters, is Japanese... 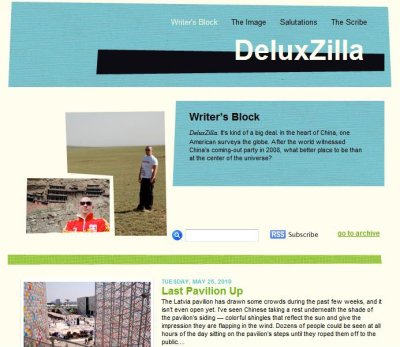 In this internet-enabled world, many of the best URLs out there have already been taken or are on sale for crazy prices. The best thing to do is to take it like a man and opt for a second choice that is available. These guys just wouldn't take no for an answer!

The standout winner by a clear mile, and the inspiration for this whole entry. I didn't realize until today that they had such a non-design to match their intellectually diseased moniker. While I may enjoy the odd 'presso when I trav, especially in southern Europe, I'm not going to book my next trip with this wrong-headed mess! Until next time, dear readers, feel free to add your own comments or suggestions to this rogues gallery :-) 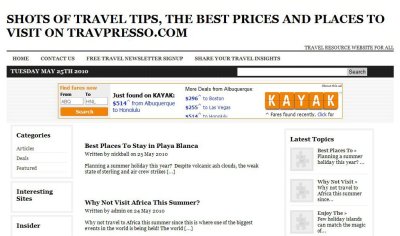